Ted is a model and prop maker living in Greece (originally from NYC), who’s been working on a 1/144 scale model of The Bus from Marvel’s Agents of S.H.I.E.L.D.

Here’s his account of stage two of his project. (Read about stage one here.)

I’m finishing up The Bus for a IPMS-Hellas show this October…. Here’s what’s transpired…

One of the last modifications was the addition of the hump. I’ve cut the section away at the panel line and kept the arch for the cockpit glass, also to keep things where they’re supposed to be. 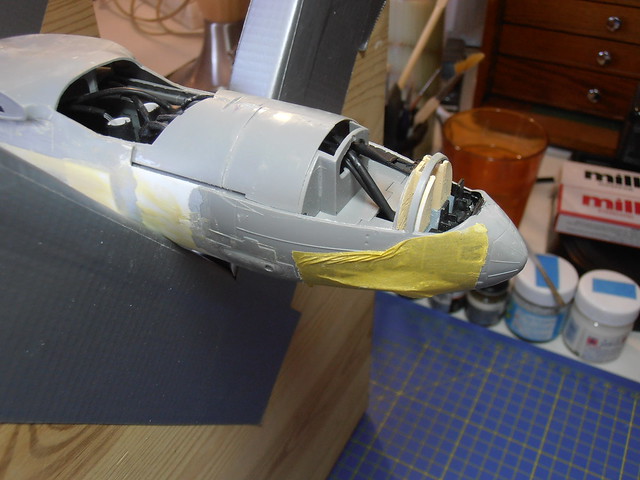 First attempt at getting the height, I glued 2mm styrene strip but it was too much and made it look strange. 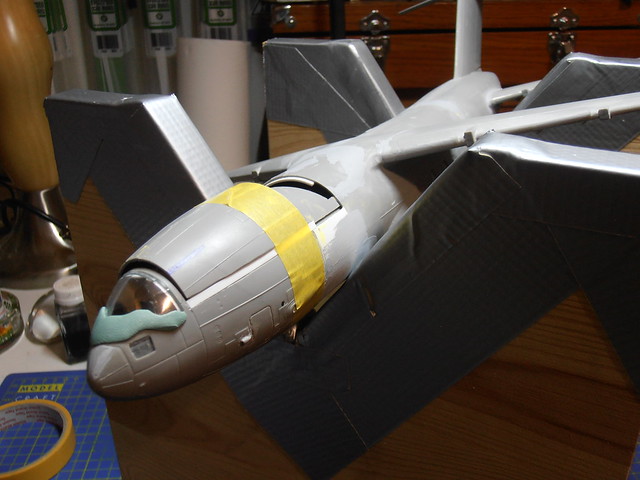 The angle was all wrong, so I removed the 2mm and put in 1.4 mm strip. Cut a couple of reliefs into the top and heated them until I got it where I wanted. Looks much nicer. Ugly, but nicer. 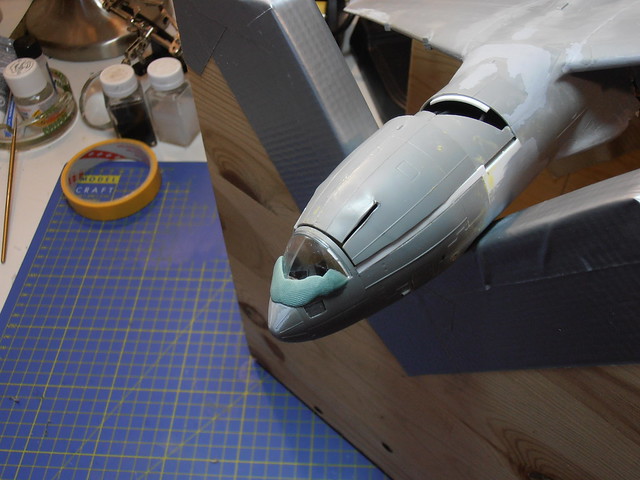 Next on the hump, was the skylight for Coulson’s office. This little thing took me all day, literally 8-fun-filled-exiplative-laden hours to complete. I had only one shot to get it right and kept checking and rechecking against the screen caps I had because failure at this point would be very bad (no spare fuselage to cut up). I went very slow when cutting too. That square hole by the wing is an access point so I can drill into the LED and attach the Fiber Optics for the office. 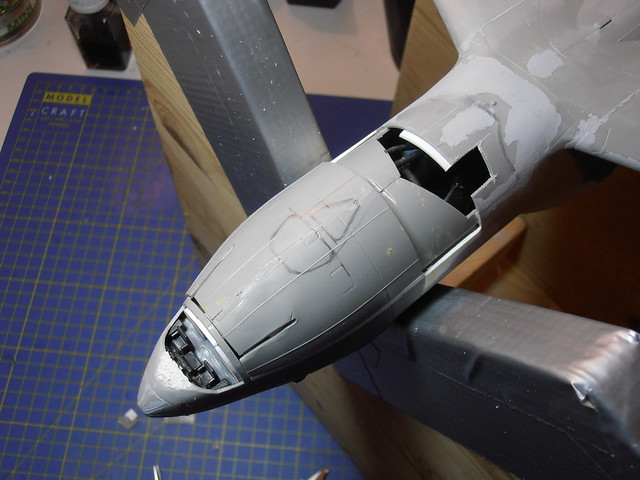 All cut out… I can relax. 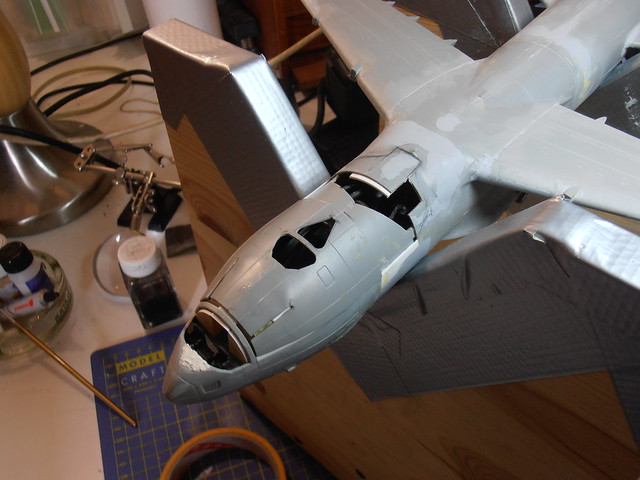 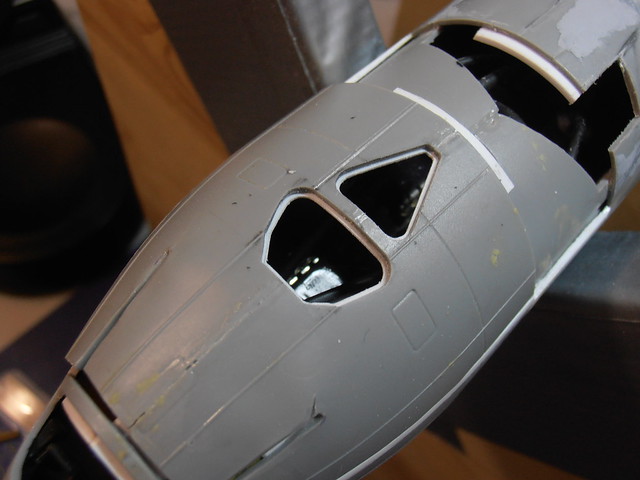 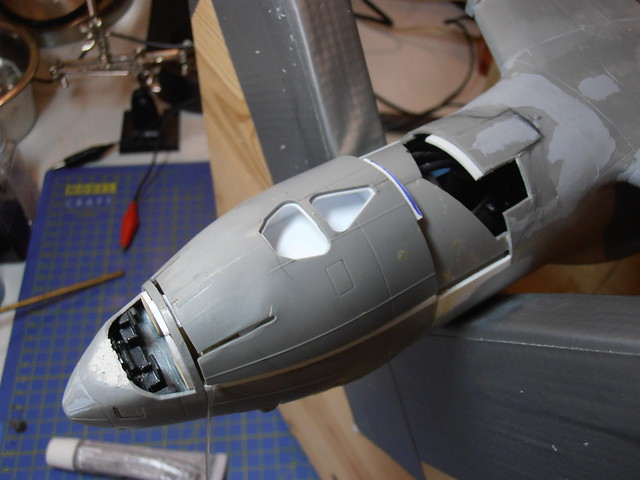 One of the 3 fiber optic strands in the office. 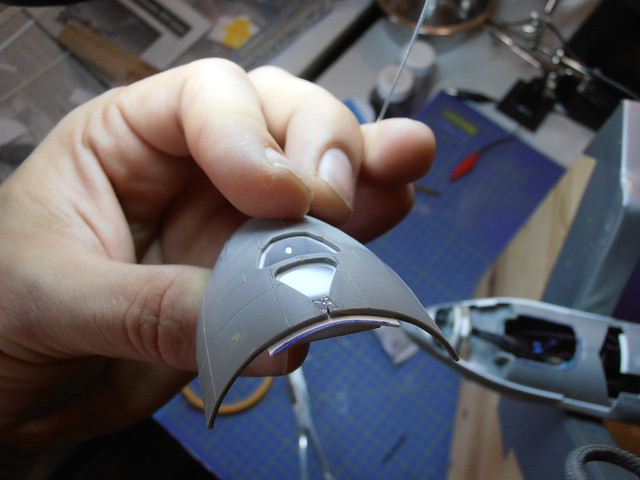 Now that the office is done and in place, top section attached, time to close it up. 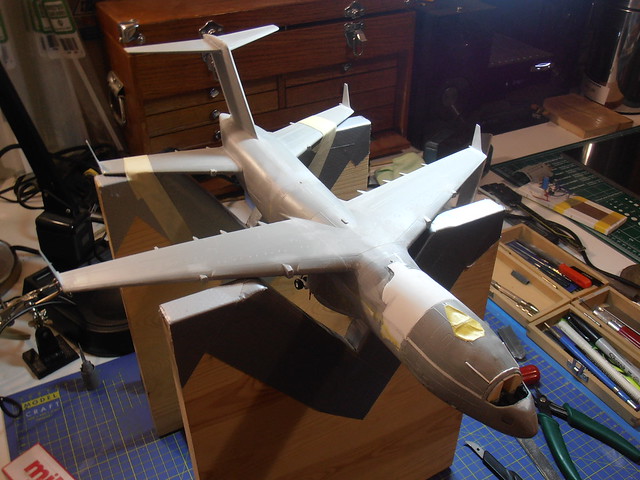 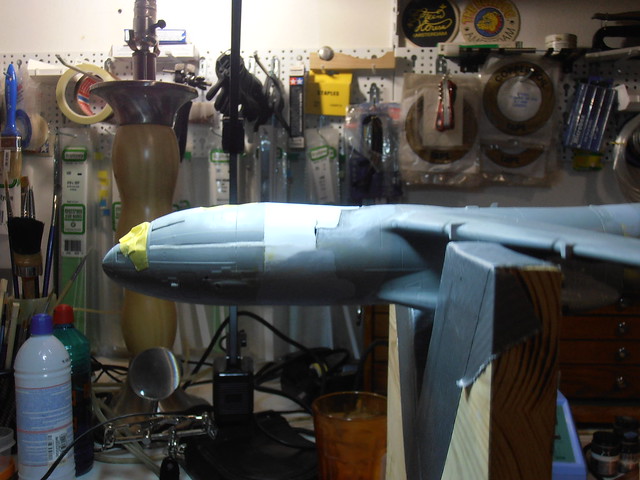 The area of the hump just aft of the office is too flat. Millitput to the rescue!! 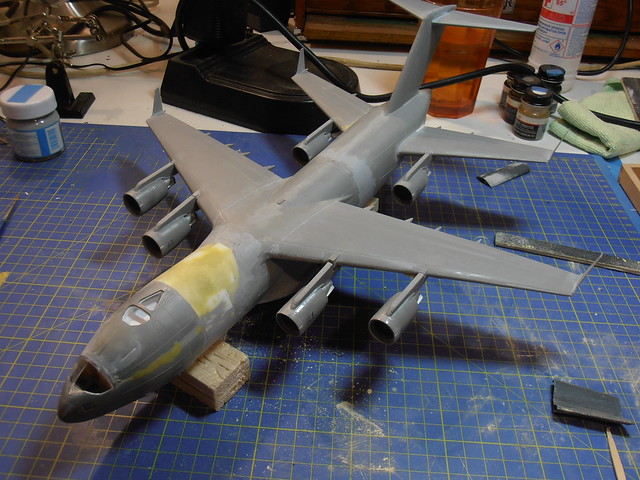 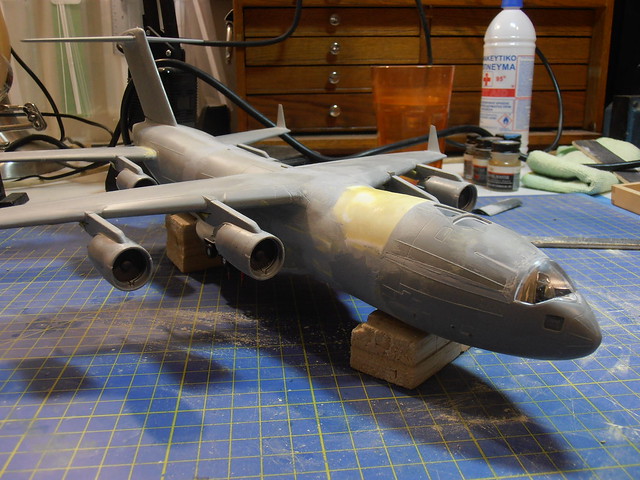 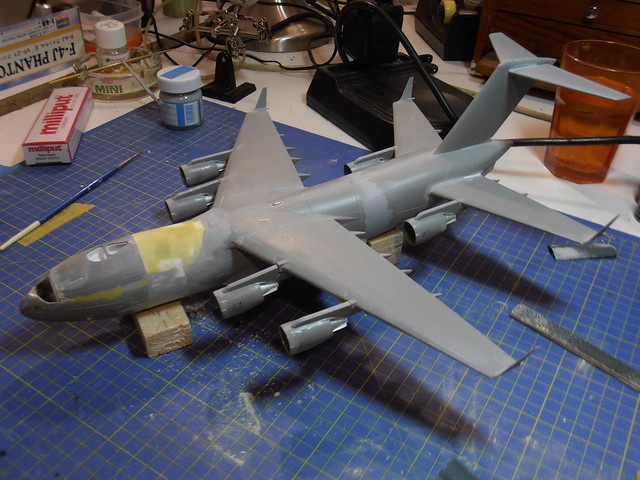 Still needs a bit of work, but it’s looking good.

And let’s not forget to plug it in as see it all lit up. 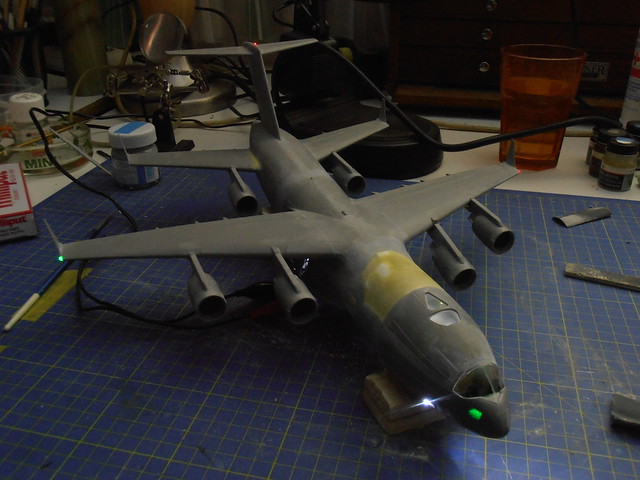 There are lights in the cockpit too, but they’re not too visible yet. Once painted, the cockpit will also have that green hue to it.

So that’s where she’s at…